Home Domains Emoji Domains – What do you think?
DomainsInterviews

Emoji Domains – What do you think?

Emoji domains did not capture me at it’s introduction nor has it become one of my passions.  But hell, domaining didn’t capture me at its introduction either, which is why people call me “Sully” and not “The Domain King.”  So I am not passing any judgement.  I reached out to these three entrepreneurs after seeing numerous tweets about emoji domains and I wanted to learn more about them.  Fellow blogger Alvin Brown dug into this back in January, and did a great job of uncovering information.  But, as always, I have questions of my own.  Let me kick things off by stating for the record that I don’t own a single emoji name… yet.

Emoji Empires is made up by its three co-founders, Michael Rasmussen, Eric Thoni, and Tanner Schenck.  The three partners have collaborated on this interview as they wanted it to come across as one voice.  That voice is Emoji Empires.

Mike:    As co-founders, how did the three of you meet and what brought you together on this mission?

Emoji Empires:  After attending elementary, middle, and high school together, we went our separate ways to some of the nations top institutions, obtaining degrees in various specialties to include; International Business, Marketing & Advertising, and Business Economics. After college, we made our way into respective jobs, putting our college degrees to use, but always possessing a passion for entrepreneurism.

The concept and introduction to Emoji domains was made by good friend and successful Emoji domain investor, Matan Israeli. After much consideration and planning, we instantly saw a huge opportunity for Emoji domains as a new powerful marketing tool to promote brands and businesses. Emoji Empires was founded in search of innovative marketing and branding strategies on the forefront of technology and communication. We believe Emoji Empires was our perfect entrance into entrepreneurism and introducing the world to something meaningful and ‘bigger than ourselves.’ We have attended multiple domain conferences to introduce Emoji Empires and spread the idea of Emoji domains to industry professionals and the world. We have received great feedback and ideas from many different individuals, which has continued to drive us on this new and uncharted path.

Mike: I haven’t really followed the emoji domain trend until now.  When did it begin and how is the growth?

Emoji Empires:  Emoji Empires began registering Emoji domains as early as January 2017, when we saw the unique and innovative opportunity to bring change to the domain industry. Emoji Empires was one of the first large portfolio owners involved with Emoji domains, with a couple others scattered throughout the world. After a couple months of holding our domains and waiting on potential buyers, we realized that this was going to be much different than the current domain resale market. Emoji Empires has been focused on the education and promotion of  Emoji domains, as we believe it will benefit all Emoji domain portfolio investors, companies, and individuals.  Currently the emoji domain market is saturated with sales between domain investors. Emoji Empires has a different business approach with our unique contacts and networking capabilities, we have successfully educated, promoted, and marketed emoji domains to end users. The growth of emoji domains are only inevitable due to the growing increase of usage via messaging and social media. Emojis are not going away anytime soon as they are everywhere.

The earliest registration of emoji domains began in 2001. On April 19, 2001, the first three emoji domains were registered. The process of registering an emoji domain back in 2001 was a very complicated process that very few knew how to do. In 2001, emoji popularity as we see them being used today was nonexistent. Reason being the Iphone did not make its debut until 2005 when emojis made their worldwide debut. So the early adopters is not where the trend begins because only a few individuals had the idea to combine emoji with domains. The emoji domain space really took off n 2015, when Coca-Cola launched a South American advertising campaign using www. ????.ws. In 2016, John Roig launches ❤❤❤.ws, which provided an easy to use platform for registering emoji domains that once was a strenuous process.

Mike:  Tell me about your emoji consulting service.  What are some examples of how you help businesses?

Emoji Empires:  We provide Emoji domain consulting for companies and brands who are unfamiliar with Emoji and are looking to integrate them into their new or current marketing strategy.  Emoji Empires also provides marketers with domain support, best practices for social media, and development of strategies on how to use an Emoji domain to maximize its potential.

We currently have multiple companies involved in our “Try Before You Buy” program; which allows businesses to use any of our domains in our portfolio to ‘test’ the domain out to see if it works within their companies vision and goals. We have received great feedback on this program, as it provides a new and exciting tool for companies to ‘try’ Emoji domains and it doesn’t require any payment or long-term contracts.

Emoji Empires: “Each emoji character is represented by some universal sequence of characters called Unicode, which is an international programming standard that allows one operating system to recognize text from another operating system.” (http://unicode.org/emoji/). When you type (????????.ws) into your web browser, the browser translates the emoji portion of the domain name into its IDN (in this case xn--2p8h30a.ws), looks up the domain name system information, and then loads the associated website. In this case we are using that Emoji domain as a 301 redirect to our primary website www.emojiempires.com.

Indeed, new emojis are created every year through a governed and strict process of the Unicode consortium, which is made up of large companies, as well as individuals including the three co-founders of Emoji Empires. “The Unicode Consortium is a non-profit corporation devoted to developing, maintaining, and promoting software internationalization standards and data, particularly the Unicode Standard, which specifies the representation of text in all modern software products and standards.” Every year Unicode introduces about 100-150 new Emoji characters.  Once Unicode sets the new ‘standard’ every company that offers an Emoji keyboard (Apple, Google, Facebook, Windows, Samsung, etc.) must then design their version of that Emoji character. The important thing to note is that regardless of the platform or operating system mentioned above, the underlying code & domain name are consistent across all platforms. So, ????????.ws will always be xn--2p8h30a.ws regardless of the device or platform being used. You can see the full Unicode list here.

Mike:  Do you have any data or examples around resale of premium emoji names?

Emoji Empires took part in the first ever Emoji domain auction on NameJet.com this past December 2017.  The highest domain sold during the auction was “????.ws” for USD $3,100.  We expect to see more Emoji auctions on NameJet this year and are currently working with them and Emoji domain investors around the world to continue these specific auctions.

Mike:  Are there any examples of big business leveraging these names?

Emoji Empires: Currently, there are a number of big businesses using Emoji domains including Budweiser (❤????.ws), Sony Pictures (????????.ws), and Phoenix Rising (????.ws). These brands are early adopters to Emoji domains, using them only as redirects to their primary websites. Once consumer awareness increases, big businesses will realize the many opportunities for Emoji domains within their already existing marketing and advertising efforts.

Mike:  Could emoji be a trend or just be a fad or is it here for the long haul?  Why?

Emoji Empires:  The widespread popularity of the Emoji language gives people an easier way to express emotion and communicate globally. Businesses have embraced Emoji in marketing & advertising to further connect their brand with new and existing customers. The Emoji domain era is in its infancy, but like mentioned above, once big brands and consumer awareness increases, will we see a real Emoji domain adoption. Emoji domains are short & memorable, transcend language, and stand out as a marketing tool to increase brand recognition and create customer acquisition, like never done before.

Dave Evanson has completed more high value, published sales than any other broker in the domain industry

A Domain For Any Event

terrific read, as with anything new, everyone is trying ot figure out, what these are. its take a couple times to actually realize

these are color domains

these are not keywords all the time, but sometimes the FEELING or EMOTIONS
someone is feeling

these work on mobile, maybe the smartphone you have in your hand as you type at work on a desktop

desktop software is getting updated more and more

the POWER of ONE – if you really like a good combo, grab it on the chance it may be tougher to get..

biggest use now is influencers, and graphic designers and tech coders who just like them

thanks for the platform

Still trying to wrap my head around the scaling potential of this niche. It still feels novelty to me, seems to be more of a personal/hobby investment rather than a business investment. They are very playful, that’s for sure., but ho do they work on a business card or direct type-in? I think that aspect is what hurts it for many businesses looking for a campaign that can provide that in their marketing outreach materials. 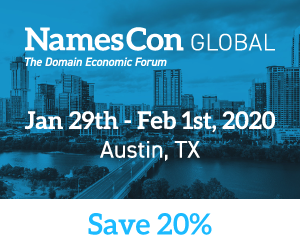 Squeeze.com – Importance of a single keyword...

How To Be a Better Domainer

What do you know about co.com?