I’ve been considering getting in better shape.  I’ve got a milestone birthday coming up and let’s face it, with guys like DomainShane and Michael Cyger running distances and times like they’re teenagers being chased by cops, I have to do something. I’m not here to make any public claim or fitness goals that you need to hold me accountable to.  At least not today.  The fact that I am considering doing something a little more healthy inspired me to take a slow walk over to my computer, stopping for a snack along the way, and check out some health related domain names to see what’s “running” on them today.

The first type-in name that stuck me was “MealReplacements.com.”  I’m an entrepreneur at my core so I wanted to check out a domain that could sell a product pretty easily.  Plus, I was hungry.  Ah, I was disappointed.  Instead of finding the Myoplex or Muscle Milk home page, I was dealt the Afternic lander.  Should I be disappointed?   Maybe not, I mean, that tells us that the name is potentially available and something great can be built on it.  Maybe the next little guy out there with a great tasting meal replacement drink will be able to scrape together the funds or attract the right investors to seize the name!

But still, the lander, let’s all agree, not too snazzy. Sure it has some ppc links and is technically a parked page, but Afternic, let’s step it up a little.  Have you seen Efty? 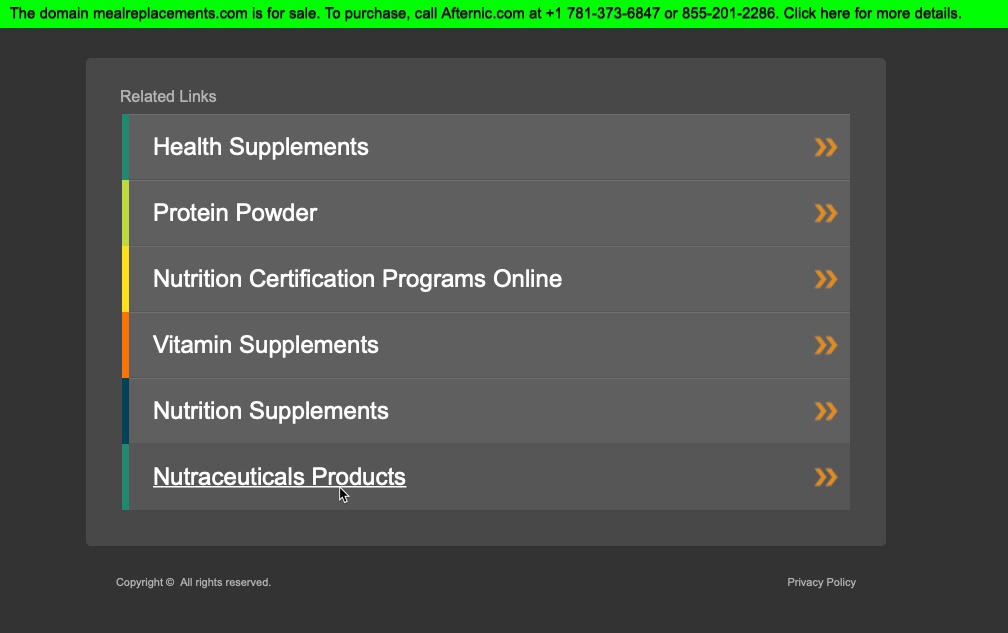 Following the mental checklist, I had to check the singular version as well…  Parked, and no more impressive than what you see above.  But again, the silver lining here is that the name is potentially available and waiting for the proper heir to the throne of the meal replacement empire to build upon it.  That’s exciting!

Moving right along.  I thought, “If I can’t have a full meal replacement, maybe I can at least have a quick energy bar.”  Well, I’d be wrong.  When I checked out both EnergyBars.com and EnergyBar.com I was smacked with a 404.  That’s like being so hungry after a navy seal equivalent workout, reaching in your bag for the small, chewy chunk of sticky protein you’ve been craving for the last hour, only to find an empty wrapper with lint and questionable body hair stuck to it.

The good ‘ol Wayback Machine offered up this historical site that was previously hosted at the domain: 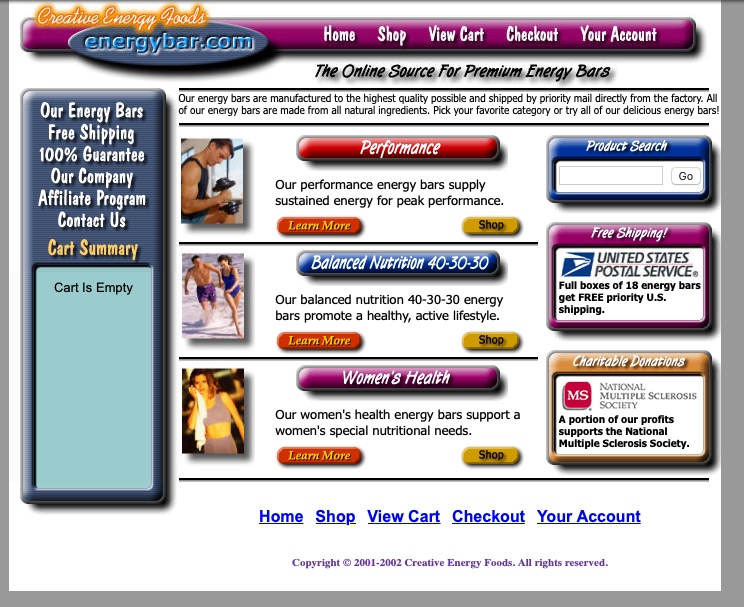 Remember the days when sites looked like that?  Beveled and shadowed.  It’s like looking back at the way we dressed in the 80s.  At least someone tried to put this domain to good use for several years.  Not sure what happened but I did drop a line to Creative Energy Foods to see if I can get the scoop on this.  More to come if I get a reply.

Alright, enough of all this. Let’s get down to basics.  The building blocks of fitness.  We all know if you want to build muscle, the Pringles and Flamin Hot Cheetos don’t pack enough of what you need.  You have to supplement that with some protein. Now we’re on to something.  Protein.com, I found, forwards to dupontnutritionandbiosciences.com. 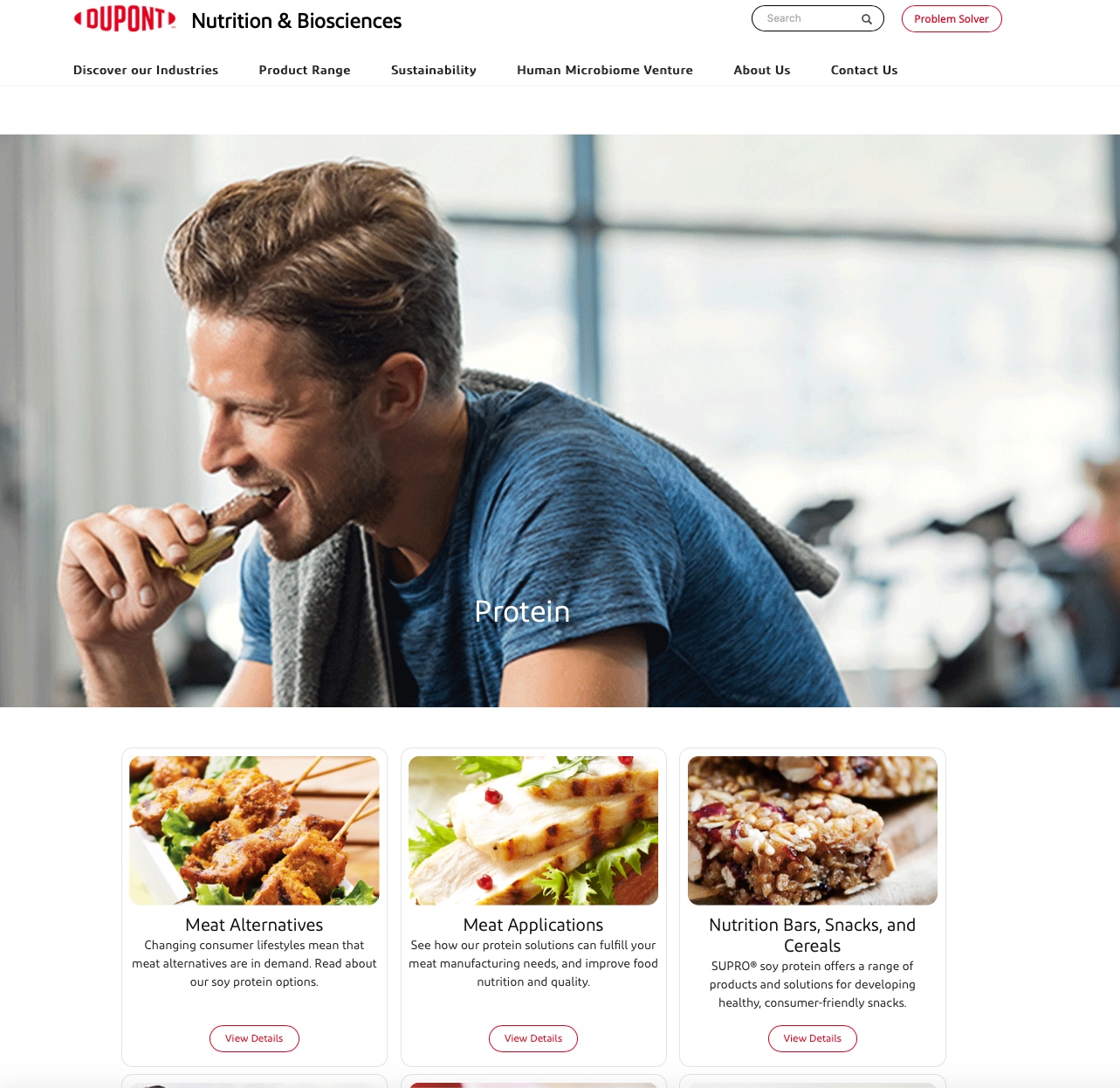 Hell, if you misspell “Protein” as “Protien.com,” you’ll be directed to BodyBuilding.com.  Still not a bad end result as far as relevancy goes.

“…some new gTLD names are getting a lot of traffic each month, lot of clicks, and are actually producing some nice parking revenues!”

Maybe you need to look outside the box. Love the quality of your post and research though.