The Laughing Stock of Domains

LaughingStock Comedy Company is the funniest company in business.

For over 20 years, members of LaughingStock have been lampooning America’s corporate culture at banquets, association meetings, customer fetes, trade shows and other special events. They have created comedy mayhem live on stage, on audio and video industrials and on-line.

LaughingStock’s success is a result of extensive background research into every single audience for whom they perform combined with quick-witted comedians taking and using audience suggestions during the performances. LaughingStock’s experienced actor/comedians are well schooled in improvisational comedy techniques and — armed with their background research — spontaneously create fun and funny scenes based on the work lives of the audience.

Mike: Dean, tell me a little bit about yourself. When did you first get involved with comedy? What has your comedic career looked like?

Dean: In 1979 I was on the radio in Portland, Maine as a morning “personality.” One day this guy comes in to promote his new comedy act opening at a local club. He was plugging a “media night” with free food and open bar. As a starving DJ, I – and the whole media community – went. That night “Abrams & Anderson” made its comedy-improv debut. I – nor the whole media community – had never seen anything like it. Especially the guy’s female partner. I knew from the first night she was an “it” girl. I returned several times and brought my friends. Over the next two years we became good friends as their act really took off. They started in the clubs moved on to fairs, festivals, colleges, associations and corporate events. In 1983 they asked me to join them as the world’s first “comedy roadie.” I took over the role of road manager, contributed as a writer and and taught them how to run a business. I started getting on stage a little bit in some of their sketches that required more than two people, eventually appearing in about half the act. Between 1983 and 1993 they migrated their focus to the corporate and association markets almost exclusively, traveling the nation and commanding decent fees. In 1993 the guy decided to head to Hollywood to pursue his dream of movie stardom. The “it” girl and I reformed the act with another partner and launched LaughingStock Comedy Company as an official trio. Oh yeah, along the way the “it” girl and I got married.

In 1998 we moved to Tucson, Arizona and in 1999 we lost our third partner and shrank back to a duo. We used other improv-actors from the local market and around the country to supplement our cast as we continued to present a trio. Business was good until 2008 when the big banks screwed the entire corporate entertainment industry by handing out bonuses and throwing lavish corporate meetings while the rest of the economy went down in flames. All that bad press just killed the idea of anyone having fun at a business meeting and anything other than a motivational speaker got dropped from the budgets. 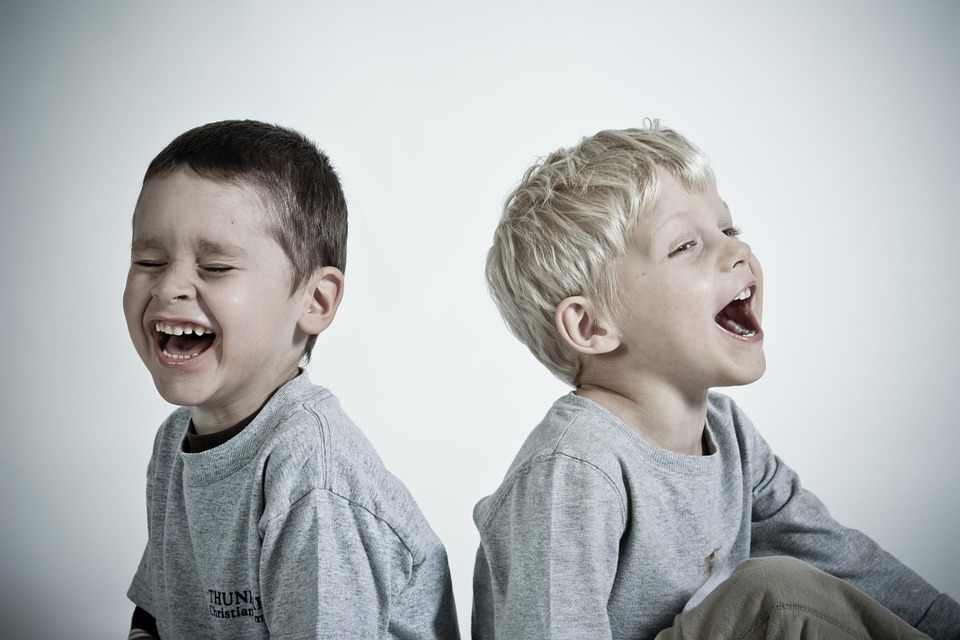 Of course, that’s what we saw looking back. It took five or six years before we realized our market had disappeared. I spent two years marketing and selling LaughingStock 40 hours a week with literally zero results. In the meantime my partner went back to school and got her Masters in Theatre Studies and got a part-time job as a Christian Education Director at her church. She was so good at it they encouraged her to get her certification to become a lay pastor. Which she did. Almost immediately she was offered a job as a pastor at a small church here in Tucson. And in the meantime I applied for Social Security benefits early as I needed the money. Apparently no one wanted to hire an ex-comedian in his 60’s.

In the last two years I have realized I am fully retired. And behind every successful retired man is a wife with a job in town. We do continue to perform pro bono shows for causes in which we believe, but the commercial aspect of our business has passed.

Mike: Let’s talk about your domain name. I love it. Laughing.com is short, descriptive, to the point, and puts a smile on your face. Did you purchase the domain from someone or were you the first to register it? If you purchased it, can you talk about the process you went through?

Dean: Sometime in the 90’s a guy came to the office and said we needed a web site. We said, “Okay! What’s a web site?” Actually we had been doing quite a bit of work for the tech industry in the Route 128 loop around Boston. I remember a top-level VP explaining the difference between hardware and software to us. Anyway, the guy says he’ll build it and all we have to pay for is hosting. When it came time to pick a domain name Laughingstock.com was taken. I think there was only .com, .edu and .gov available at the time. Laughing.com was available so we registered it. Later we registered laughingstock.info as a site dedicated to our speaker bureau partners who want a contact-free information delivery scenario.

Dean: Publicly we promoted ourselves as a improv group, but we learned early on that incorporating inside information to our sketches paid big dividends from the audiences. We essentially customized every performance. We would do extensive research on the group for whom we were performing. We conducted a long interview with our sponsor, conducted several phone call interviews with people who would actually be in the audience and asked for lots of materials from which we would glean little details about what the folks in the audience had to deal with day in and day out. We created sketches that allowed us to integrate suggestions from the audience with the background material we gathered in advance. Our goal was to have folks ask how long we had worked for the company. The material was that inside.

Comedy brings a lot of things to a successful meeting. A great comedy show is memorable. It helps make the other message deliverables memorable, too. Comedy is a great stress reliever. We performed for lots and lost of stressed out audiences, including one group of back-office workers getting laid off because of a merger. Comedy is a great reward, we performed for countless incentive programs and bonus reward audiences. Comedy can drive a message. With the ability to control our content we were able to deliver and/or support corporate messages in a fun way. Laughing makes you breathe and oxygenates your brain, leaving you more open to new information. And comedy is cathartic. I am most proud of performing for breast cancer survivors. Twice!

Mike: How much traffic do you receive on the site. I imagine you get quite a bit just from people typing in “laughing.com” to see what comes up.

Dean: I have no idea. I stopped getting metrics from my host several years ago.

Mike: Say something funny. Just kidding. Is there much competition in an industry like this?

Dean: Tons. When we started there were very few improv groups outside New York and Chicago. And even fewer clued into the corporate/association market. Now the world is lousy with them. I use that word purposely. Then there are the “theme” companies, specialty bands, DJ’s, impressionists, magicians, hypnotists, celebrities, celebrity look-alikes, circus acts, politicians, Olympic heroes, authors, photographers, faux speakers, TED talkers, the list goes on and on. In our peak years our best competition was Second City and the Capitol Steps.

Mike: Have you received unsolicited offers for the domain name? Would you ever consider selling? Can you tell us how much you have been offered?

Dean: We have received inquiries over the years. I used to reply it was for sale for “One Million Dollars!” Funny, no one ever got back to me on that. Then as business started declining, I’d ask what it was worth, but no one ever came back with a figure. Yes, I would consider selling it at a premium. The premium part is me being sentimental about what laughing.com represents in my personal and professional life.

Dean: Certainly. When the site first went live Laughingstock was on the first page Google return for a search for improv groups. But we never worried too much about the other domains. We considered our site as one giant brochure and marketed to potential clients by driving them to the site. I would say we never made more than 10% of our sales from folks who stumbled on our site. When we got the domain we were allowed one email address. We chose propaganda@laughing.com since there were three of us sharing an in-box, and we thought it was an interesting email address for folks to use to get more information about us. With the advent of social media I started using lol@laughing.com. In a sense, the email addresses were more important than the site itself.

Mike: You mentioned you are retired.  Laughing.com is currently says “under construction.” What can we expect in the near future?

Dean: As our business declined it made no sense to keep up the many aspects of maintaining the site: Updating the client list, list of engagements, letters of recommendation, new videos, photos, promotions, etc. So one day I pulled everything off except the video (which tells our whole story anyway) and posted that the site was under construction. We have no future plans for it.

Chili.com – Not what you would expect

Accept it! Domaining is NOT going to change...

Interesting story. If people have never give to an Improv show you must. 🙂

*gone, to an Improv show. I recommend people take classes too.

Don't compare your #domain success against anyone else. Compare to how you did yesterday, last week, last month, and last year.

Reply Retweet Favorite
If you don't send that outbound domain sales email, the answer is automatically "no." #domainnames #domainsales

Reply Retweet Favorite
"The only way to discover your strengths is through feedback analysis. Whenever you make a key decision or take a k… https://t.co/ECM11YkapO

Reply Retweet Favorite
Who are your domain mentors? You don't need to know them personally. Just follow the clues they leave.

Is Dominaining Putting Your Personal Assets at...