Home Domain Sales Take the risk out of domaining and boost your sales!
Domain SalesDomains

I have to admit, when I started domaining, I disregarded the advice of the pros and the veterans.  They all suggested saving my money and instead of buying a pile of worthless hand regs and low dollar domains, to instead save an buy a good  premium domain.  In hindsight, that would have been the way to go.  I wasted a great deal of time and money.  Initially, I thought it was too risky to put that much money into a domain.  However, it wasn’t a total loss.  While using the low end domains, I learned about contacting end users, what other domainers were interested in, and how to gauge the value of a domain name.

Another thing I learned was that people were hesitant to pay a premium for domains.  Not just me.  Sure, we all want to get a great deal and, at a minimum, not to get screwed in the process.

Here’s what I mean.  I recently found myself in a situation where I was contacting end users on a particular domain.  There was a single company that responded and was interested.  With all the effort I put in and only had a single bite, I wanted to maximize the opportunity and make the sale.  After several conversations it became clear that the main contact was afraid to pull the trigger.  I got the sense that he was feeling he was taking a risk with the name… that it might not do for his business what he hoped it would and the investment would be lost. 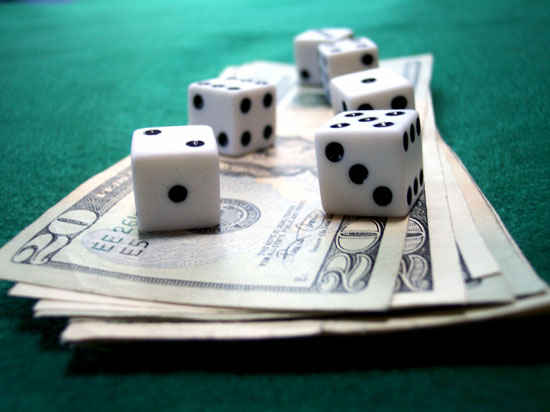 Once I realized that, I decided to take a bold step.  I decided to offer him a risk free transaction.  I put in writing that if he was not satisfied with the name 90 days from the date of the transaction, I would purchase the name back at the same price.  BAM!  Risk removed.

Yes, there are some drawbacks to this approach.  Primarily, you might end up with the domain again and be starting from scratch.  But here’s my logic:

I’m not planning on using this approach in all situations.  For example:

This approach has worked for me and I will continue to implement it where it makes sense.  There’s no reason it can’t work for you as well.

What’s in a dot Name?

Interesting approach. I just wonder what the buyer can really gain from owning the domain for 3 months. Unless of course we are talking about a name that has significant traffic. In that sense your only loss may be that revenue that could have been generated for you during those 90 days.

If I were to do this I would like to be at least compensated for the 90 days if they chose to back out.

@samer – you could definitely adjust the length of time to whatever makes sense for you. Additionally, you could, as you pointed out, value that period of time and subtract from the buy back amount if desired.

Interesting but why even exchange money, why not just change the name server and let the person borrow the domain for 90 days.

Interesting thought. I think there is an advantage to exchanging the money for the domain, even if just part of the mental game.

Sully: Your intro paragraph and picture (dice on money) made me think about the analogy of domain name investing to playing the casino game of craps.

You suggest that putting more money on a bet with better odds is much better than spreading out the money over a much larger quantity of bets. The same is true for craps.

In craps, the table is full of fun and interesting bets: field bets, place bets, proposition bets, pass line, come line, don’t come line, hardways. It’s full of opportunities and there is always a ton of activity to watch … much like all of the gTLDs, ccTLDs, etc. However, if you watch any seasoned craps player you’ll find that they play the game where the casino has the *least* advantage over them, and that’s the pass line with odds (and then the come line with odds once the point is established). It’s basically one bet, with additional money placed behind it to lower the house’s advantage. That’s the same as what you’re recommending in domain name investing by saying bet more on better names.

If anyone plays craps and is a domain investor, I think they’ll also see the analogy. If anyone wants to go to Vegas to play craps, let me know. 🙂

@Michael – I like the craps analogy. I used the image to help visualize the risk / reward. Any time you can reduce the risk for the buyer (or craps player) the offer is more appealing 🙂

Interested concept and great advice. The other good thing about not buying a ton of cheap domains is that you get to avoid multiple renewal costs!

That great Mike.
You have confidence with your domain name you have choose .
That why you able to offer which no one able to offer . You know what is it? That is you able to buy back the domain name if the buyer not satisfied with it.
High Risk but yet High Return. Love the method of offer.

“I would not knowingly offer this to a fellow domain investor who would likely look to resell at a profit and return to me if he was unsuccessful.”

So funny. You know that’s exactly what would happen otherwise. There’s no judgement with that observation though. If you didn’t make clear that stipulation you couldn’t legitimately blame someone for trying 🙂

The higher risk, the higher income

Do you have paper feet?

Are Your E-Mails Spam?